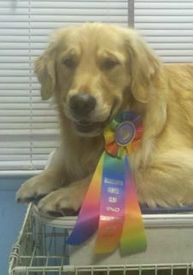 Getting his Rally Excellent title 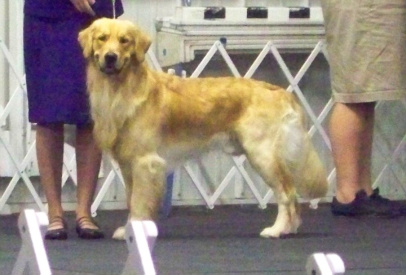 January 26, 2009 - December 29, 2017 Charge (Mr Black) lived on Long Island, NY with Mariann Zelinski, and her two daughters Amanda and Amy.  Charge had fun doing conformation, obedience, rally, agility, dock diving, and all around puppy fun.Charge and Mariann finished his Rally Novice (RN) title in three straight trials, making him the first Traveling litter pup to get their first official AKC  title.  And he had just turned ONE year old!  What a great team they were!!! 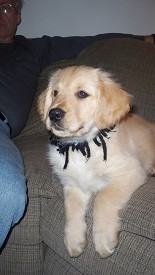 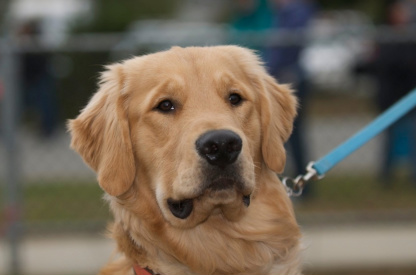 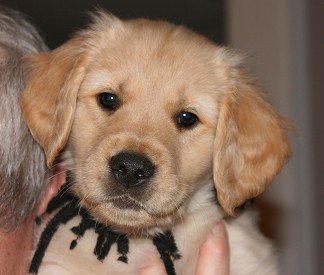 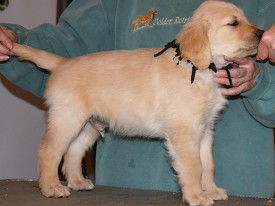 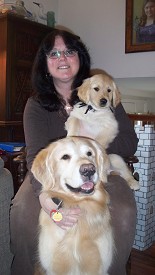 Uncle Charlie and Charge with Mariann 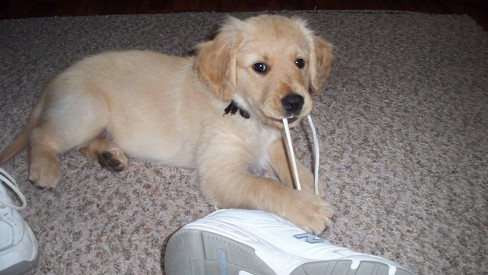 Wow, this is a good shoelace! 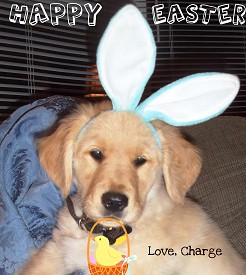 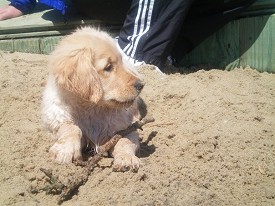 Wow, my first trip to the beach. This is cool stuff! 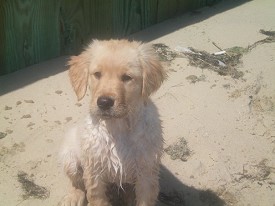 Wow, I love this beach stuff! 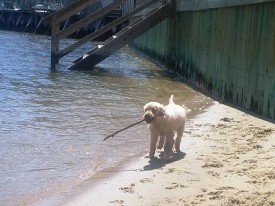 Wheee! What a great stick this is!