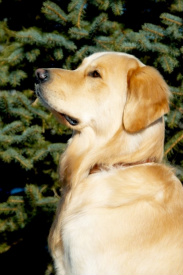 He continued in obedience and finished his UDX2 and OM1.Bing started learning field work and obtained his Junior Hunter title. With Bing's UD, he qualified for his VCX (Versatility Certificate Excellent) from the GRCA!   Bing's name comes from Bing Crosby, who has Tony as a big fan. 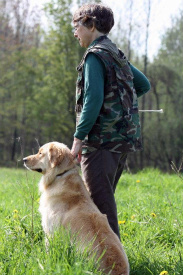 At the line with Barbara 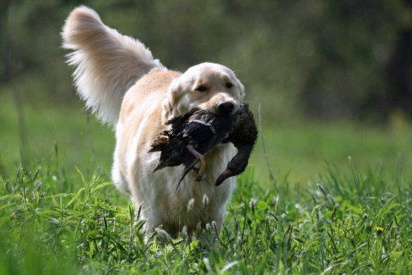 Working on his JH 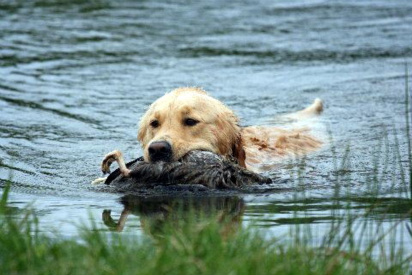 Bringing the duck back 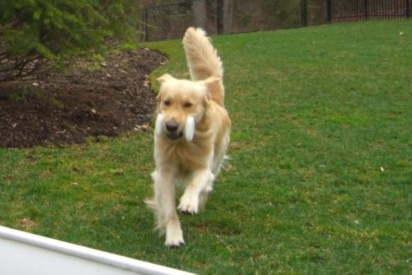 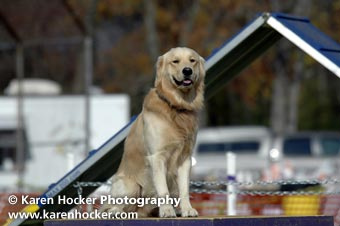 Agility is such fun! 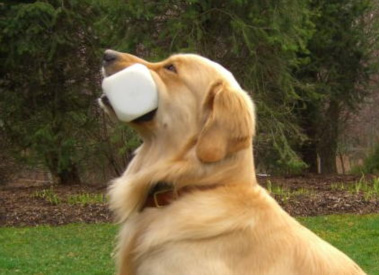 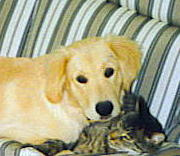 Snuggling with his kitty 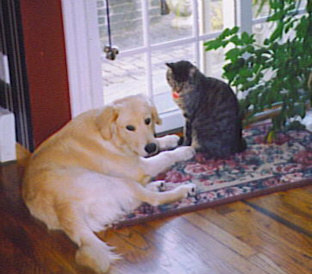 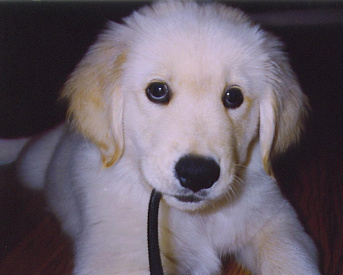 Such a cute puppy!