Karluk, whose name was shortened to Luk, (Mr Maroon) moved to southern Florida with Stephanie Critch and her husband Jay Fisher.  Luk introduced Stephanie to the world of competition with dogs, as she has done horse dressage for years.  Luk showed Stephanie how wonderful field work can be.  Karluk got his name for Stephanie's love of Newfoundland, where she is originally from.  Karluk was the name of the ship,The Karluk, that was used for an expedition to the Arctic in 1913. The ship became icebound several months into the voyage, at which time the original captain abandoned the ship. The ship meanwhile was swept toward Siberia, and was eventually crushed by the ice. The crew crossed the ice to the island under the new leadership of Captain Robert Bartlett, who was from Brigus, Newfoundland.  Stephanie's previous golden was named Brigus.

Luk is available to approved bitches by frozen semen only.  Contact his breeder at piedpiper2000@juno.com 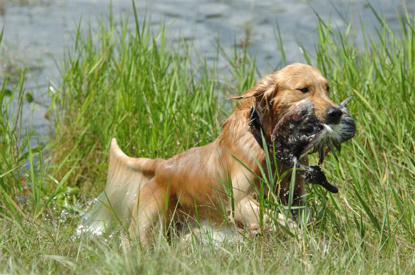 Getting his first Senior Hunter pass

A big Congratulations to Steph Critch and Luk on getting their Master Hunter title!!!  Steph put all of Luk's MH passes on herself and he's her first dog to do field training!

Luk has now qualified for the Master National 2015! 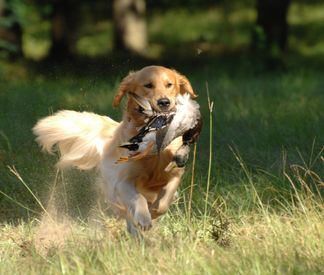 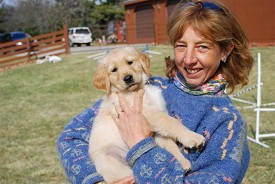 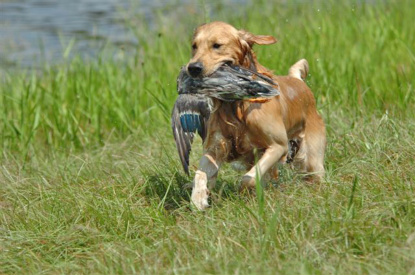 Getting his first two JH legs! 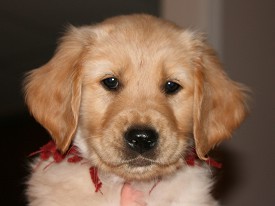 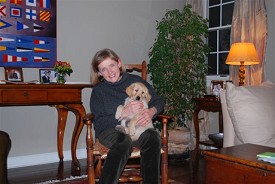 Visiting with Stephanie's mom in Canada 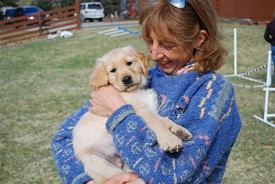 What a cuddler he is! 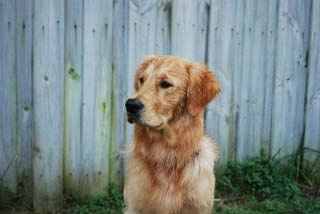 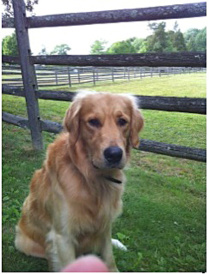 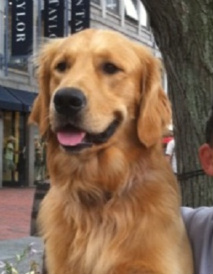 Growing up into a very handsome dog.